The Adventures of Splendid Forsythe

It’s July 16, 1969. Armstrong, Aldrin, and Collins have been launched into space on their trip to the Moon! In New Jersey, two boys, Splendid Forsythe and his best friend Eric Cutler, have built a water-powered rocket for Splendid to blast off in and join with his heroes on their journey into the history books!
Fast-forward to 1987. Splendid, an ex-astronaut, returns to his hometown to help support his sister Julie and her two young sons. In the year 2022, Eric, now a brilliant and angry man, seeks revenge against his childhood buddy. Eric gets his hands on an alien time travel device that transports him to 1987, and he throws Splendid into a time travel vortex that sends him into the icy cold ocean off the coast of Iceland to drown in 2022. Splendid is rescued, and so begins the journey of cat and mouse as Eric chases Splendid across several continents, sending him into various timelines to finish what he started. At the same time, the woman who rescued him from drowning tries to return Splendid to 1987.
This is a story of revenge, narrow escapes, and family. 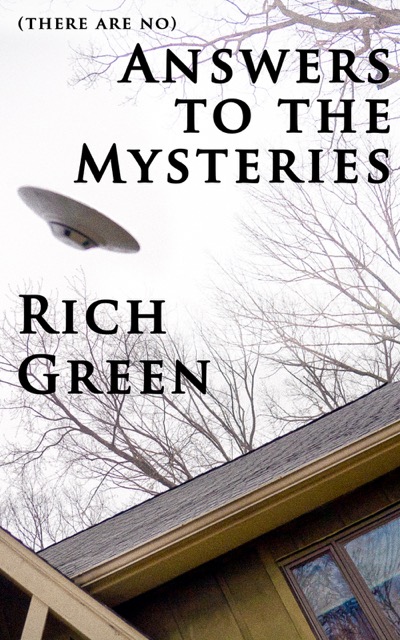 (there are no) Answers to the Mysteries

Who was the well-dressed businessman found buried under two feet of ice?
Bigfoot—Who is this creature? Is it just a foot or does it have a whole body attached?

It was recently discovered that aliens gave the Vikings deodorant and thus doubled their life expectancy.

Lawrence Canaby holds the world record for disappearing socks in the Bermuda Triangle. A ship’s captain, Mr. Canaby has traveled the area thousands of times, with his socks vanishing on each trip.

“(there are no) Answers to the Mysteries” is a lighthearted exploration of Ghosts, UFOs, Bigfoot, the Bermuda Triangle, Life after Death, Reincarnation, and Atlantis, the Lost Continent. Are aliens visiting us? Is reincarnation real? Where is Atlantis today? Is Bigfoot alive and well? Does he own a business?

There are interviews with ghosts and scientists, farmers, and college professors; people who have had contact with Bigfoot and the reincarnated. There is the story of a plumber who claims aliens hired him to unclog a toilet. There are passages from the diary of a man who spent the night in a haunted house and from a ghost trapped in a prison cell.

And the biggest mystery of them all: In 1973, Ronald Smith claimed he was invincible and willing to prove it. A junkyard owner responded with the challenge of escaping from his automobile compactor. Smith accepted the offer and allowed himself to be seated in a 1965 Chevy, which was placed in the compacter and crushed into a one-inch cube. Men screamed, women fainted, and children applauded when Mr. Smith emerged from the compactor as the world’s only one-inch man.

The three words “there are no” in the title informs the reader that there are no answers to be found. However, with stories like these, answers are not required. 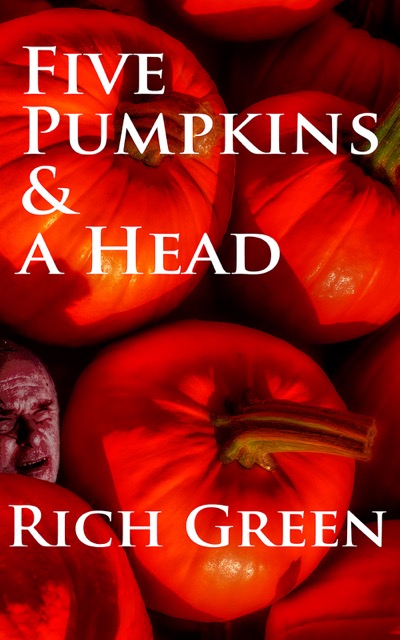 Nick is a struggling standup comedian in his twenties who works the graveyard shift as a security guard in a factory possessed by a dark, evil entity.

As the tale unfolds, Nick daydreams about his former fiancé while struggling to understand the unearthly events happening around him at work.

Suddenly, a nightclub appears in the basement of the empty factory at midnight. He hears the laughter. There are calls for him to get on stage and tell jokes. He feels terror.

Walking on his security rounds, surrounded by giant machines, dim lighting, and sharp, black shadows, he finds an employee frozen in a block of ice. He climbs stairs in a narrow hallway to the second floor, where the ceiling descends, trying to crush him.

The evil that surrounds him at work follows into his private life. When he goes out for a night on the town, it follows him.

He’s trapped in the night in a factory that wants him dead. Nick retreats into his daydreams to give him the strength to live.

Sitting in the security office, a truck driver asks Nick what his future plans are. He answers, “To live.” 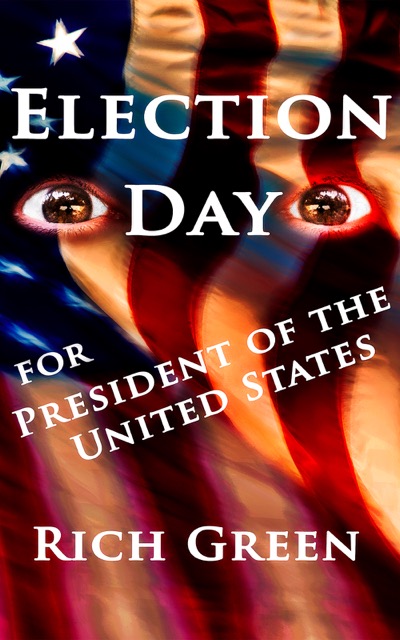 Election Day for President of the United States

Imagine – You are a candidate for the Presidency of the United States. And it’s Election Day. And you are the overwhelming favorite to win. Would YOU do anything to screw up a sure thing?

This is the story of Harry Keaton – The man who almost did! On the day before the election, Harry had a few drinks and did something that could not only cost him the election but also put him behind bars. On Election Day morning, he wakes up with a hangover and discovers what he has done. Sobering up fast, he puts together a team of fixers—his campaign manager, his Vice-Presidential running mate, two Secret Service agents, and his wife – as he tries to cover-up what becomes known as “the incident”. And he only has about 16 hours to succeed. 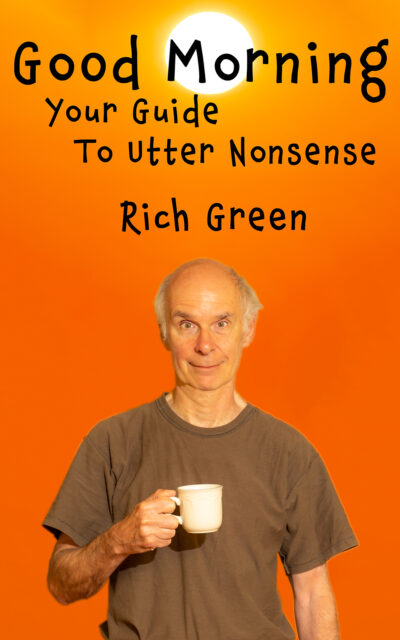 In any language, “Good Morning” is a welcome greeting. A salutation between friends, colleagues, family, and strangers followed by a smile, and sometimes, words of wisdom.

I have complied a set of observations, suggestions, and life stories – one for each day of the year – to inspire, energize, and influence your daily life.

I provide answers to problems. I want to fulfill your passions. I wish to improve your life.

For example—Good Morning “Dating was difficult for me. Women did not like it when I’d show up in my shorts, asking for something to wear.” Or—Good Morning “I woke up on the roof of my house today. I know I went to sleep in my bed and my wife insists that she didn’t drag me there. I suspect it was my cat. We haven’t been getting along ever since I canceled Netflix.” Lastly—Good Morning “I awoke today feeling depressed. My wife left me recently. She said it was because I slept on a mattress covered in granola bars. I was confused. I took them out of the wrappers.”

Now for the truth: Despite my lofty goals, I have failed. All entries make no sense, provide no real advice and are pretty much just gibberish. I sought meaningful expressions of hope and insight but ended with non-sequiturs and confusing conspiracies. To be honest, I don’t even know what I’m talking about now. I don’t think I ever did. 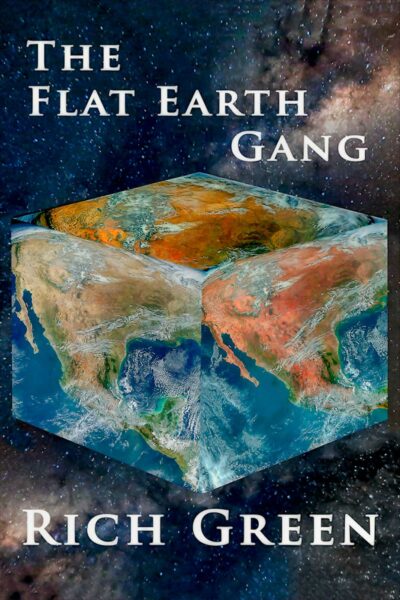 Jim, a magazine photographer, and Elaine, a travel agent, were enjoying a getaway in Dublin, Ireland when a Flat Earth criminal gang member approached Jim, shoved a memory card in his hand, and changed the next week of his life. He had become a pawn between two rival gangs fighting each other for domination.

Barely staying one step ahead of gang members who threatened, kidnapped, and chased them across Ireland and Iceland, they sought to find out what was on the memory card Jim possessed. He resisted, knowing he’d need the card as evidence against the gangs. He sought help from computer hackers to decipher an encrypted file on the card, hoping it would explain everything.

Meanwhile, back in America, Jim’s mom was in peril as criminals terrorized her in an attempt to get Jim to cooperate.

The Flat Earth Gang: A Lighthearted Mystery Book began as a romantic getaway, became an international mystery when it was revealed assassins and politicians on the other side of the Atlantic were involved.